I have been looking for cooking appliances that can reduce my kitchen time without compromising the taste.

While I own a pressure cooker (and it does help in saving time), instant pots have recently caught my attention.

They are hyped as an “advanced time-saving technology”. I wonder if they work the same way as a pressure cooker.

Let us find out the differences between an instant pot and a pressure cooker.

Hopefully, by the end of my article, you will be able to decide which appliance is the one for you.

Instant pot is a brand of an electric pressure cooker. It has gained huge popularity in the US since 2010 earning more than $400 million.

Many American recipes were curated and modified for this revolutionary kitchen appliance.

A pressure cooker has been around since the 1950s. Traditional cooks still prefer to use it over any modern kitchen appliance.

The basic principle of pressure cooking remains the same in both appliances. The most significant difference that sets the two apart is the heating system.

While a pressure cooker would need an external heat source (such as a stovetop), an instant pot has its own heating elements.

The instant pot does not need a stovetop. It uses electricity as a fuel to create pressure.

Now that you know the main difference, let us understand each one in detail before proceeding towards the differences between them.

Instant Pots are modern pressure cookers having heating elements, an internal thermostat, and an electric outlet. 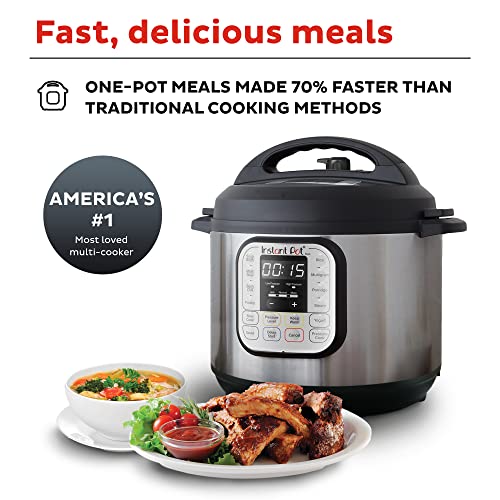 Its multiple modes give you the flexibility to experiment and cook your food differently. They come with preset options of certain foods like rice, stew, porridge, chicken, meat, etc.

All you need to do is enter the dish button and the temperature and time will be taken care of by the instant pots.

The design and the digital control panel are easy to operate.

An instant pot is also not very expensive. A basic model is available at pocket-friendly prices.

Instant pots are available as four series/generations of pots.

The first generation that came into the market had mechanical timers.

The second generation of the instant pot series had digital controls, a countdown timer, and preheating. These are still widely available.

The third generation introduced smart technology to the series. This improved performance due to sophisticated controls. Smart programming makes sure we get the same tasty result every time.

The microprocessors are able to gauge and mix cooking processes like soaking and pressure cooking by themselves.

The fourth-generation series gave consumers more satisfaction by allowing them to customize the pot via wifi on their phones.

It has also enhanced safety mechanisms. You get to save your favorite recipes as well. Due to their high cost, they have still not captured the entire market.

Pressure cookers cook by simple steam pressure. It consists of a steel chamber that slowly builds up steam and makes the food moist inside. 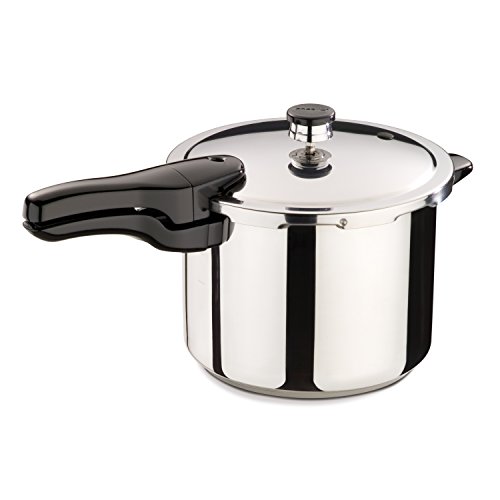 A pressure cooker converts the liquid inside into steam to tenderize foods like meat, vegetables, beans, etc. It uses high temperatures to achieve this purpose.

The most commonly available pressure cookers in the market are stovetop and induction compatible.

A pressure cooker relies on high temperatures (gas, electric, or induction) to create pressure and cook food. The pressure and steam created are controlled by a spring-loaded valve.

A stovetop pressure cooker is easily available at affordable prices. You can choose from a variety of shapes and designs.

The best part about a pressure cooker is its ability to tenderize tough food in less time.

The sturdy and durable steel is a one-time investment. It will last for a long time.

A pressure cooker is a suitable appliance in kitchens having less space. It is not bulky and you can store it easily.

Let us now proceed toward the difference between the two appliances

A pressure cooker prepares your food quickly at high temperatures and under pressure. A lot of beneficial vitamins remain locked inside the food making it a healthy option for cooking.

What’s more, food gets cooked at half the time compared to traditional cooking methods.

Thanks to the fast cooking method, it’s quite energy-efficient.

On the other hand, an instant pot functions as a multifunctional device. You can make rice, yogurt, and a variety of cuisines by steaming, slow cooking, and pressure cooking.

A pressure cooker is a simple one-chamber pot. It has a lid with a valve and a rubber seal on the top.

The raw food along with liquid is put inside the pot. The sealed lid prevents the steam from evaporating. As a result, pressure is created that passes the boiling point of water.

The pot maintains an even and high temperature. As the food remains inside the sealed chamber, most nutrients and flavors remain preserved.

With an instant pot, you get to choose your own cooking mode. An instant pot has a plethora of options ranging from steaming, pressure cooking, sauteing, etc.

A best-selling model in the instant pot is slow cooking. It gives you the freedom of setting your own time for slow cooking. Once you enter the time, it will automatically adjust the pressure and temperature inside.

The other cooking options are also easy. Just put in your ingredients, set the timer, and choose the preset cooking mode from the control panel.

The safety feature varies depending on the series of the pot.

Almost all generation instant pots have advanced safety options that protect the consumer from accidental burns and explosions.

However, a pressure cooker has fewer hassles for safety as there are no wiring or heating elements. So the safety feature is easier to maintain and less likely to damage.

Both an instant pot and a pressure cooker are available at cheap and expensive prices.

The costlier of the two would be the fourth generation series of instant pots.

These have incredible wifi connectivity and offer users complete control to make their own recipes.

These high-end pots are more versatile offering features like an air fryer. The maximum cost can go up to 300 dollars.

This is one similarity between an instant pot and a pressure cooker.

Both the kitchen appliances are available in a  wide range of capacities, from three to fourteen quarts.

Some manufacturers of pressure cookers also make tiny pots that have a two-quart capacity.

A standard pressure cooker or instant pot has a capacity of four to six quartz. This is perfect for regular usage.

There are many recipes you can try in a pressure cooker. The most common pressure cooker recipes are vegetables, stews, meats, soups, lentils, squash, rice, etc.

Few items that cannot be made in a pressure cooker are burgers, pies, fried food, meat cuts, sauces, and cookies.

An instant pot gives you more freedom to try out different recipes depending on the series you choose.

You can cook delicate foods, sauces, roast meats, and even make desserts. You can even make your own yogurt!

High-end instant pots offer air frying options as well. This is something a pressure cooker can never do.

An instant pot wins hands down. You can use it to saute, steam, slow cook, pressure cook, and cook rice.

A pressure cooker can only be used for pressure cooking, steaming (when the valve is removed and water added), and roasting food.

An instant pot can also make quick food. However, the time duration varies from short to medium. This is because an instant pot is also used for slow cooking.

Here, an instant pot takes away the crown.

It acts as a substitute for many kitchen appliances. Plus it is quite easy to use.

The instant pot has user-friendly options that allow you to make many recipes. You get to schedule your cooking and even slow cook your food. With the wifi-enabled options, you can control the operations with your smartphone.

Because of the wiring and internal heating element, most parts of the instant pot need to be hand washed. Only the inner cooking pot is dishwasher safe.

An instant pot can be bulky depending on the model and difficult to store. It might take a lot of space on your countertop.

Here is a quick comparison summary of the differences between the two appliances:

The Difference in Cooking Time of Pressure Cooker and Instant Pot

Each appliance has a unique design that fulfills quick-cooking demands.

When it comes to the best among the two, I would strongly urge you to go for an instant pot.

An instant pot will help to get rid of all old appliances and save space.

It will function as a rice cooker, a slow cooker, a steamer, a pressure cooker, a curd maker, and an air fryer.

It is available in a wide range of capacities at different prices. The advanced safety mechanism will help to prevent burns.

It is easier to maintain as all parts are dishwasher safe. Have a look at the cooking timetable mentioned above to get a clear idea of cooking time.

Let me know which one you chose for your kitchen. Both an instant pot and a pressure cooker are bound to give you quick and tasty results. All the best!